The Paris Chamber Music Centre is presenting its final series of the 2018-2019 season until 30 March, a revival of Tchaikovsky’s “Souvenirs” show. Created in January 2016 during the first season of the Centre, the show is reborn with new performers (except violinist Shuichi Okada), always under the watchful eye of Jérôme Pernoo, artistic director of the Centre. 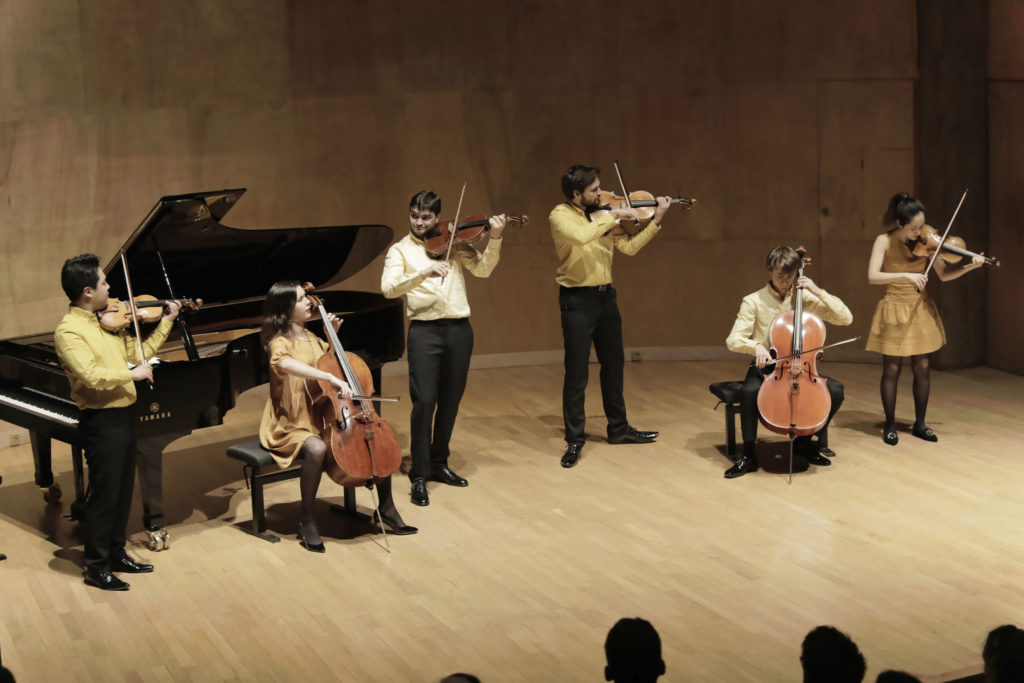 The “Tchaikovsky Remembrance” focuses on the story of a singular relationship between a composer and his artistic protector, or “patron” in the current term: Madame von Meck. She supported Tchaikovsky for nearly fifteen years, never wanting to meet him. Their epistolary exchanges, begun in 1877, reveal a platonic intimacy worthy of a novel. In early 1890 Tchaikovsky was in Florence, Italy, composing the opera La Dame de Pique. The stay was offered by Madame von Meck. One evening, at the opera, their eyes cross, they recognize each other but avoid each other carefully. In the summer of the same year, Tchaikovsky composed his last chamber music score, a string sextet that he titled in French as “Remembrance of Florence.” What is the memory? In each movement — the feverish passion of the initial Allegro, the infinitely tender and nostalgic melody of the “Adagio cantabile e con moto”, the frenetic and somewhat disturbing agitation of the “Allegretto moderato” and the lively rhythm of the finale — the shadow of the rich widow hovers… In this sextet, Shuichi Okada and Verena Chen (violins), Manuel Vioque-Judde and Mathis Rochat (violas), Caroline Sypnewski and Jérémy Garbarg (cellos) move to the sandstone of rhythms and melodies interpreted in different combinations of instruments. Cellists sometimes play standing or even walking! But these movements of musicians reveal Tchaikovsky’s writing, it is a kind of choreographic transposition of the score. Thus, when an instrument is in the spotlight, it is to better bring out a motif or a theme. This layout imagined by Jérôme Pernoo makes it possible to understand Tchaikovsky’s idea more clearly. As for the performance of the young musicians, it is simply remarkable. Each is diligent to the smallest detail and their mutual listening is born a unity and depth as it was a long-standing permanent formation. 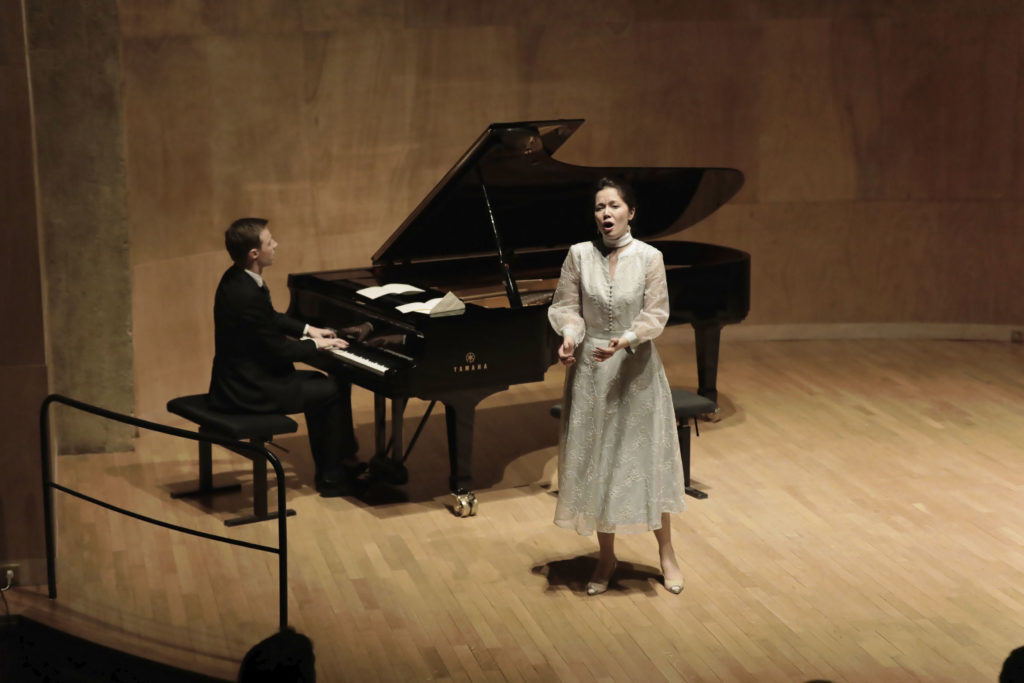 The unusual relationship between the composer and his benefactor is also evoked through some of their letters and works by Tchaikovsky: “By the Fire” extracted from the Seasons and Barcarolle in solo piano by Gaspard Dehaene (who holds the entire piano part of the evening), three Romances (op. 38 No. 2, 3, 6) by soprano Anara Khassenova, Pezzo Capriccioso by cellist Jérémy Garbarg. Anara Khassenova and Gaspard Dehaene play the two protagonists; she writes and places on the piano his letters that he reads. The first two melodies they perform together are set to music on poems by Alexei Tolstoy, sent by the widow to the composer. Anara Khassenova has a warm, even carnal velvet voice, and her expressions are correct. She has already shown her magnificent talent in R. Strauss’s Lieder last January and our expectations have not been betrayed in any way. Gaspard Dehaene’s playing is delicate and elegant, marked by great finesse in both solo pieces and melodies, creating a beautiful contrast with the voice.

If the rehearsals of each show are intense and sometimes exhausting, what a wonderful formation these young musicians receive at the beginning of their careers! They will undoubtedly radiate the excellence of this “school” unique in France and perhaps in the world.

“Tchaikovsky’s Remembrance”: Thursday, Friday and Saturday until March 30 at 9 p.m., preceded by a Beethoven Razumovsky Quartet (with the famous Russian themes) by the Akilone Quartet at 7:30 p.m. Also visit the virtual exhibition on the show

“Freshly composed“: a 10-minute session before the show where a young composer plays his own work.

For its 5th season 2019-2020, the Paris Chamber Music Centre has launched a crowdfunding campaign with a goal of 40,000 euros by April 7th. Find out more.